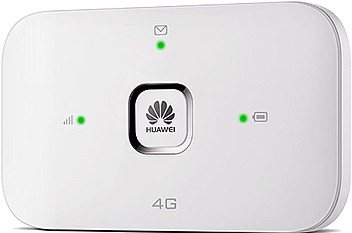 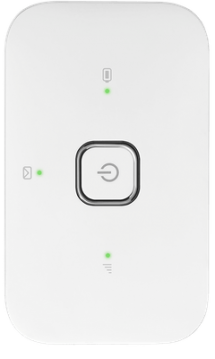 Unlimited mobile broadband is highly desirable as it allows you to share internet with all your devices at home or on the move, offering an alternative to conventional home broadband.

Three, O2 and Vodafone offer unlimited mobile broadband plans with a choice of dongles, Mobile Wi-Fi and home routers available. We'll run you through all the options to find the right deal for you.

Three currently offer the cheapest unlimited mobile and home broadband plans, which are available on 24,12 or 1-month plans.

There are a few options on the network. Firstly there’s the Huawei E5573bs-322 4G Mobile Wi-Fi, which is a portable, battery-powered device that allows you to get up to 10 devices online simultaneously wherever you are (as long as you have signal on Three).

Next up there’s the Huawei B535, which is sometimes called the Huawei HomeFi Plus and is a Home Broadband router that requires a mains supply. It supports 300Mbps download speeds, you can connect up to 64 devices at the same time, and it supports dual-band WiFi.

Then there’s also the Huawei AI Cube, which is also designed to replace conventional home broadband, so it needs to be plugged in, but it can get up to 64 devices online at once, offers 300Mbps speeds and also works as a smart speaker, as it has Amazon Alexa built in.

Finally, there’s the Three 5G Hub, which as the name suggests offers 5G rather than 4G speeds, but as with some of the options above this requires mains power, and at the time of writing it’s only available for addresses in parts of London.

Previously, the HomeFi was available but this has been discontinued and replaced by the newer Huawei B535.

The most interesting on of all is the Vodafone GigaCube, which is a 5G home broadband router that plugs into a power socket and shares internet with up to 60 devices at the same time and supports 5G speeds up to 1Gbps. As it’s 5G, it’s very fast, but coverage is currently quite limited, so check whether it’s available in your area before buying.

O2 is a relatively recent addition to the unlimited data brigade, but at the time of writing it offers unlimited data with several mobile broadband devices.

These include the Netgear Pocket Hotspot Pro M1, which is battery-powered and can get up to 20 devices online at once, and the Huawei Pocket Hotspot (E5573), which has a similar name and a similar idea, but tops out at 16 simultaneous connections.

There’s also the Huawei 4G Dongle (E8372), which can be plugged into a device with a USB port to get it online. That means it can only get one device online at once and said device needs a USB port, but the dongle itself is small and doesn’t need a battery of its own, since it’s powered by the device it’s plugged into.

O2 also lets you choose contract durations ranging from 3 to either 24 or 36 months, depending on device.

EE, BT, Virgin and Lycamobile have mobile broadband plans available, but none of them currently offer unlimited data.

Note that this chart includes the maximum data for 4G or 5G mobile and home broadband dongles and routers as well as data SIMs.

Another option is buy a mobile broadband dongle, mobile Wi-Fi or home broadband device SIM-free and put in a data only SIM card with unlimited data.

Currently, Vodafone is the only network offering unlimited data only SIM plans for use in mobile broadband devices and tablets.

Use an unlimited voice SIM in a tablet or dongle

One way to get unlimited mobile broadband is to buy an unlimited voice SIM and use it in a Mobile WiFi device or dongle to tether data to other devices. Three, Smarty and VOXI allow the use of voice SIMs in mobile broadband devices and have no tethering restrictions in the UK.

Giffgaff also allows this, though limits data speeds above 40GB. O2 appears to allow this as well, though the guidance on this is a forum thread from several years ago, so it’s worth double checking with the network.

EE, Vodafone, iD Mobile, Virgin Mobile and Lycamobile also have unlimited data plans but haven’t – as far as we can find - published whether they work with tablets and dongles.

Note that while the above information is true to the best of our knowledge at the time of writing, you should always double check with the network before buying a SIM for this purpose.

Another option that effectively delivers unlimited broadband is to use your phone to share data to other devices over a personal Wi-Fi hotspot. Three's unlimited plans, listed above, are suitable as they don't have any tethering restrictions.

This is a great option, but the downside is tethering quickly drains a smartphones battery, so you'll need to keep it plugged in or charge it frequently.

Of the other networks with unlimited data plans, EE, O2, Vodafone, iD Mobile, VOXI, Virgin Mobile and Smarty Mobile also let you tether without restrictions, though note that you have to be a Virgin Media customer to even get unlimited data on that network.

Do you really need unlimited data?

If none of the other solutions are suitable then you might consider how much data you actually need.

If you’re using mobile broadband instead of Wi-Fi at all times then you may eat through 30GB+ of data every month, and if you’re also heavily using it for streaming video and the like then in that case unlimited data might be helpful.

But if you’re using mobile broadband as it’s designed – which is for when you’re out and about, travelling, or having short-term Wi-Fi issues, then even if you use mobile broadband heavily with multiple devices connected you should be fine with a high but not unlimited amount of data.