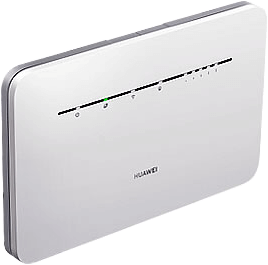 See Deal
Includes External Antenna
Still looking for the perfect deal? Use filters to find the right deal for you
Filter Deals
Or show more deals 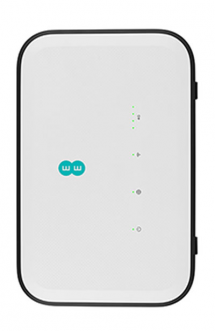 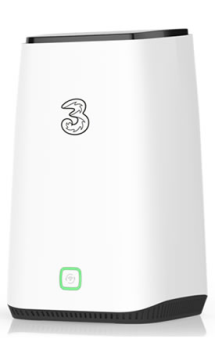 What is 4G Home Broadband?

5G Home Broadband – which we’ll talk more about further down – has all the same benefits, but offers even higher speeds.

Three currently offer the best value Home Broadband plans and they come with truly unlimited data with no speed restrictions.

At the time of writing there’s only one 4G router available on Three – the Three 4G Hub (also known as the Huawei B535).

This is a top 4G Home Broadband option, with support for up to 64 simultaneous connections (so you can get your whole house online), plus 4 Ethernet ports for wired connections, and high speeds (a theoretical max of 300Mbps, though real world speeds are typically a lot lower but still high).

Three also offer 5G Home Broadband with the Three 5G Hub, which brings breakneck speeds. However, you will need to check coverage first to make sure 5G is available in your area.

Vodafone also offer 4G Home Broadband plans with no speed restrictions, but they are more expensive than Three, and at the time of writing have high but not unlimited data allowances. However, they do sell 1-month rolling plans offering lots of flexibility, but that does mean paying an upfront cost for the router itself.

Vodafone only offer the Vodafone GigaCube, which supports speeds of up to 300Mbps, can connect up to 20 devices at the same time over Wi-Fi, and has a single Ethernet port. Vodafone also sells a 5G version of the GigaCube, but this is a completely different device offering higher speeds, 64 simultaneous connections, and two Ethernet ports – and this one does come with unlimited data.

EE offer 4G Home Broadband on 18-month and 30-day contracts with up to unlimited data per month. They are also the most expensive of the networks offering home broadband, but they do have the best network coverage in the UK.

They currently offer the 4GEE Home Router 2, which is a new addition that supports faster speeds and more devices than its predecessors.

Those looking for the fastest possible speeds should go for the 5GEE Home Router, which supports superfast 5G.

4G National Broadband offer a 4G Home Broadband service using infrastructure put in place by the UK’s mobile networks. That means they will offer you coverage from whichever network is best in your area.

Their 4G Internet Router is available with unlimited data on 12-month plans, and you can also get an external antenna to boost your signal if needed, making this great even in many rural locations.

How does 4G home broadband compare to fixed line broadband?

There are many potential benefits of using 4G for your home broadband rather than a fixed line connection.

For one thing, while you’re typically tied into a fixed line contract for twelve months or more, with 4G home broadband you can often get plans that are as short as 30 days.

So if you’re staying somewhere short term or even just want a temporary way to get online before your fixed line broadband is installed, 4G home broadband can be an ideal option. But there are longer term plans available too, which can save you money if you’re happy to commit.

4G home broadband is also typically plug and play, meaning it’s very quick and easy to get up and running, with no engineer visit required. As such, it’s also usually somewhat portable if you ever want to move it.

Being wireless, there’s also no need for a landline with 4G home broadband, which can make it cheaper than typical home broadband. And if you’re in an area where the broadband is slow then 4G home broadband has the potential to be faster – though that will depend on the strength and availability of 4G in the area.

However, while there are lots of upsides to 4G home broadband, there are also some downsides. Before you even consider it, you should check whether you have good 4G coverage from the relevant network in your area, because if you don’t then it might be slow or unreliable.

Even if you do have good coverage, the speeds you get won’t match or even come close to the fastest fibre broadband speeds. So if these services are available to you and super high speeds matter then 4G home broadband might not be for you.

Plus, some 4G home broadband plans come with restrictive data limits (though there are also unlimited data options) and the 4G router you get may be more restrictive in terms of simultaneous connections than some conventional routers.

How is 4G home broadband different to 4G mobile broadband?

In terms of how they’re meant to be used, the difference is that 4G home broadband is meant to be set up permanently in a home or office, while 4G mobile broadband is a mobile Wi-Fi connection that you can enable when out and about.

In practice, the difference is not always clear-cut, but a 4G home broadband service will typically involve a router that you plug in at your home, just like with conventional broadband.

4G mobile broadband meanwhile will use devices that have batteries, so they can be used anywhere without plugging them in. Alternatively, some 4G mobile broadband devices are ‘dongles’ which are essentially USB sticks that you can plug into a single device to get it online.

A dongle would be useless for home broadband as you’d only be able to get one device online at once and only one with a USB port. Having a battery meanwhile wouldn’t serve much purpose since you don’t need your home broadband to be portable.

Often – although not always – you’ll find that 4G home broadband routers support more simultaneous connections than mobile broadband devices too. The latter often top out at 5 or 10, while home broadband ones can often reach up to 64 – enough for a house full of web-connected gizmos.

Finally, data limits on 4G home broadband plans and devices are often higher, since there’s an expectation that you’ll need more data for your home internet connection than for a mobile one.

All that said, technically you can use a 4G mobile broadband service for your home broadband connection, it’s just rarely ideal, for the reasons outlined above. As such, this article is focusing specifically on devices and services that are designed to offer home broadband.

Yes, 5G home broadband is already available on Three, Vodafone and EE. Coverage isn't widespread at the moment, but in areas with coverage average download speeds come in at around 150-200Mbps. That's far faster than 4G Home Broadband and is also able to compete with traditional fibre broadband.

The Three 5G Hub, Vodafone GigaCube and 5GEE Home Router are all the Huawei 5G CPE Pro router, so you can choose the cheapest available option with the best coverage in your area. While, the HTC 5G Hub is a hybrid device which can worked plugged in, or using its rechargeable battery.

How fast is 4G home broadband?

4G home broadband offers average download speeds of 25Mbps according to 4G National Broadband, citing Opensignal data, which is easily enough to stream 1080p content and just hits the recommended for 4K UHD (25Mbps). Traditional fibre broadband is significantly faster with average speeds of 63-67Mbps for Fibre to the Cabinet services according to Which, while some Fibre to the Home services offer speeds of up to 1Gbps – though this isn’t available to most properties

Yes, 4G home broadband is reliable and the latest generation of routers deliver excellent speeds and coverage. However, reliability relies on network coverage in your area, so you should always check coverage before purchasing 4G home broadband.

4G home broadband is perfectly suitable for online gaming and will deliver pings of around 50-60ms.

Those playing competitively and looking for the lowest possible pings should look at a fibre connection (20ms), as should those who will be downloading large files frequently, as download speeds will be slower on 4G home broadband. Alternatively, if you can get 5G home broadband then pings will be more competitive with fibre connections at around 30ms, and speeds will also be suitable for any use case, including large downloads.

Is 4G home broadband any good?

Yes, 4G Home Broadband is great as you don't need a landline, an engineer visit or or to commit to a long contract. Average download speeds come in at around 20Mbps, which can compete with standard home broadband, but isn't as as fast as fibre broadband (average speeds of around 60mbps).

4G Home Broadband is perfect for the average user looking to browse the web, access social networks and check emails. But those looking to stream in high quality, such as 4K, should consider a fixed-line alternative.

Are there any options in rural areas with bad signal?

Yes, there are a number of specialist companies who specialise in offering 4G broadband in rural areas. Find out more here.